Loving numbers and going to chase world records,  I felt I was “obliged” to review some stats related to 500 kilometers flights:-)

So, I put all 500 kilometers in this Excel file and we are learning few interesting facts: 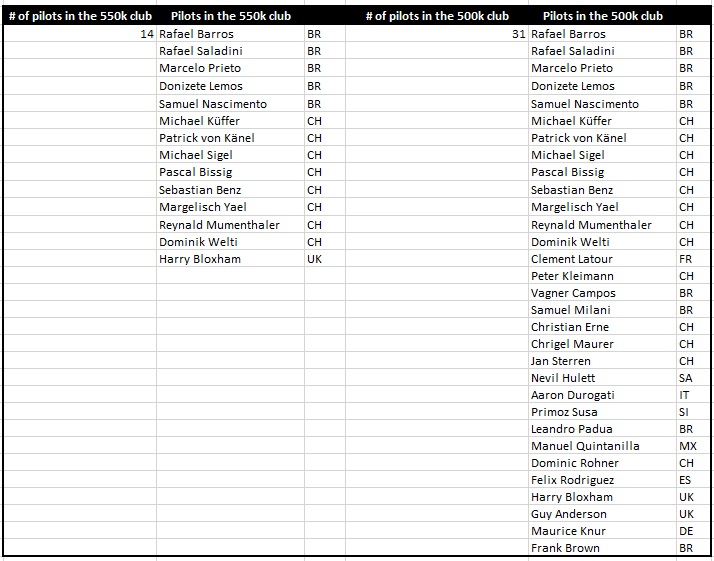 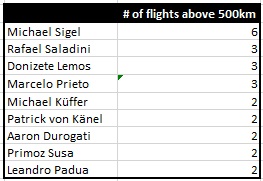